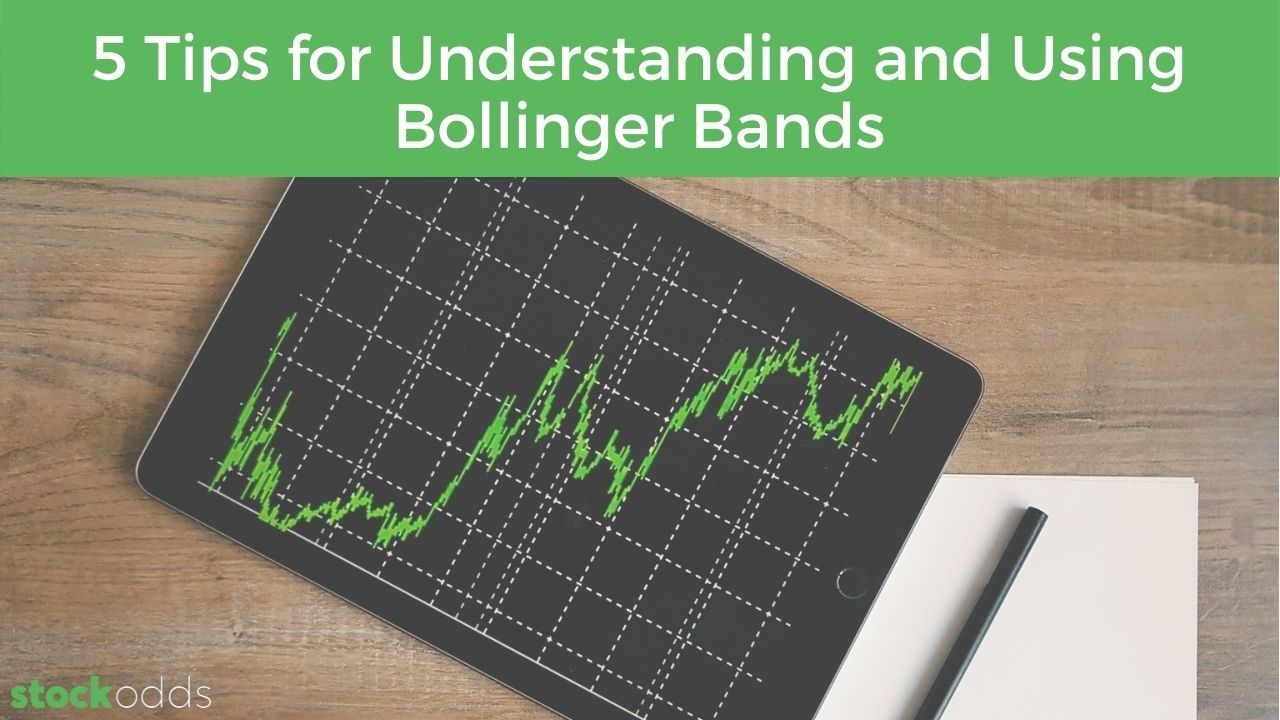 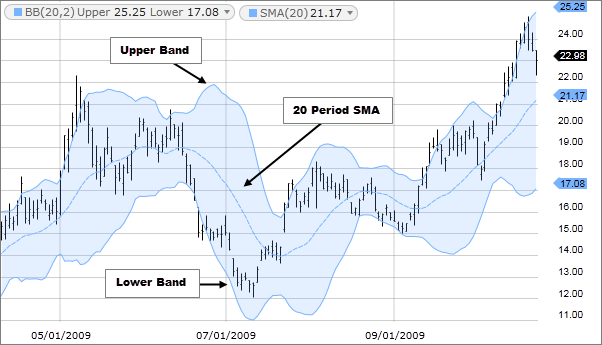 These bands offer insight and context to a particular security’s trends and indicate potential reversals. Check out these tips to understand and use Bollinger Bands effectively in a trading strategy.  If your charting package allows you to adjust the SMA and the Standard Deviation values, then you can configure alternatives to the defaults or place multiple bands such as +/- 3 from any SMA you elect.

1. Know what they indicate

It’s important to understand what Bollinger Bands indicate. Bollinger Bands use standard deviation which, when applied to a financial market scenario, measures volatility. Deviations from the SMA can help one see trends via the slope, predict mean reversions using the upper and lower bands, and visualize the statistical properties of a security. Combined, Bollinger Bands also add context to trends and help investors potentially determine when the stock is over-extended. So, in this sense, Bollinger Bands indicate the potential for a mean reversion to occur through the security’s volatility (or how far away it is moving from the SMA over time). A mean reversion is defined as when a trend becomes over-extended, and the stock reverts back to its moving average.

Like any indicator, there are a few risks with using Bollinger Bands. The bands capture about 95% of a security’s historical price movement. That means 5% is a relatively unpredictable gray zone. The second con is that one cannot predict with confidence how long a deviation will last; and some last for a very long time.

There are a few ways to mitigate these risks, and one of them is to use StockOdds. With our Web Screener and Dashboard, you can pinpoint more than just the mean reversion and volatility. You can see what happened after an indicator occurred — such as a mean reversion based on Bollinger Bands — and what the actual Odds of it moving up or down are based on that signal.

There are also a number of strategies that can also be applied, which brings us to the next tip:

3. Decide how you want to enter and exit

Once it’s understood what Bollinger Bands indicate, you can decide how you want to use them to enter and exit the market. Some investors use the price falling below the lower band as an entry point, while others, if using a mean revision strategy, may enter as soon as the security returns above the lower band. As for exits, some close as it returns to the SMA, while others hang tight until the security goes above the top band. This generally delivers a higher profit target but also takes longer to achieve. When exiting above the top band, investors often look for confirmation by letting the price close a little bit below its high. This creates the assumption that the stock has entered a downtrend and is performing a mean reversion.

One can seek additional confirmation for their entries and exits by looking at the overall slope. If it’s shifting up, one can assume the security is in an upward trend and vice versa. Timing the entry and exit is one of the main benefits of using Bollinger Bands in a trading strategy: it’s possible to target just the upward trends. So, what’s the best way to use them?

Note: Many investors avoid entry points at the lower band, as it can continue going lower for a long time before the mean reversal occurs.

Investopedia has laid out a couple of strategies for using Bollinger Bands to gauge trends. These include an Overbought-Oversold Strategy and a Squeeze Strategy.

This strategy relies on the mean reversion theory described above. Whether the market is overbought or oversold, the assumption is that when a price deviates from the SMA, it will return to it.

When a stock price moves aggressively and then plateaus by moving sideways, it is known as a squeeze. This particular Bollinger Band strategy uses these shifts, which indicate a decrease in volatility, to predict their next move. When the security breaks from plateau either upward or downward, it often does so with volume and will continue in that trend. This means investors will either sell or buy.

This is another area where StockOdds excels. Rather than taking a gamble on that reversion based on a signal to enter or exit, traders can be informed on how many times a particular security has actually mean-reverted after being overbought or oversold (according to their %BB values). In fact, StockOdds provides subsequent outcome values for any %BB reading, such as close to the lower band, close to the upper band or in the middle of the bands.  The obvious setup is penetration of the upper and lower band, but that there are many trades from other data points within the bands.  Through this, one can make more informed choices surrounding the entries and exits in your trading strategy.

5. Use them with other tools

Bollinger Bands are used to add context to trends and predict entry and exit points. This is best done with other forms of analysis such as fundamentals and alongside the market’s overall trend. StockOdds dashboards give investors a well-rounded analysis of securities under selected conditions which are updated daily. These include relative strength, momentum indicators, which confirm mean reversal signals, Bollinger Bands, and numerous other systems. No matter what your go-to Bollinger Band strategy is, we offer a suite of indicators and the subsequent behavior after an indicator data point, along with the educations and tools to support your trading strategy and help ensure you only sell when the Odds are in your favor.